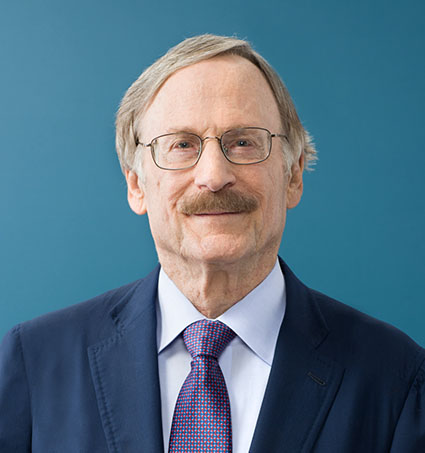 Dr. Michael J. Boskin is the Tully M. Friedman Professor of Economics and Wohlford Family Senior Fellow of the Hoover Institution at Stanford University. Additionally, He is the CEO and President of Boskin & Co., an economic consulting company, and a Research Associate for the National Bureau of Economic Research.

Michael has been a constant fixture in the economics department at Stanford since joining the faculty in 1970, impacting the education of thousands of students over the past 50 years. He has also been a visiting professor and scholar at Harvard, Yale, and the University of California.

Michael is a frequent advisor to governments and businesses globally and serves on several corporate and philanthropic boards of directors, including Oracle Corporation, Bloom Energy Corporation and the Koret Foundation. He previously served on the boards of Exxon Mobil Corporation, Shinsei Bank, Vodafone PLC, and as the Chairman of the President’s Council of Economic Advisers (under President George H.W. Bush). He served on the Commerce Department’s Advisory Committee on the National Income Accounts and has also been an advisor to the Congressional Budget Office, Treasury and Federal Reserve. He has published over 150 books and articles and is frequently sought out as a public speaker on the economic outlook and evolving trends significant to business, national and international economic policy, and the intersection of economics and geopolitics. Michael has received numerous professional awards and citations over his academic career, including receiving the 1998 NABE Adam Smith Prize for outstanding contributions to economics.

He chaired the highly influential blue-ribbon Commission on the Consumer Price Index, whose report has transformed the way government statistical agencies around the world measure inflation, GDP, and productivity.

Michael received his B.A. with highest honors and the Chancellor’s Award as outstanding undergraduate in 1967 from the University of California at Berkeley, where he also received his M.A. in 1968 and his Ph.D. in 1971, all in economics. He is a member of Phi Beta Kappa.