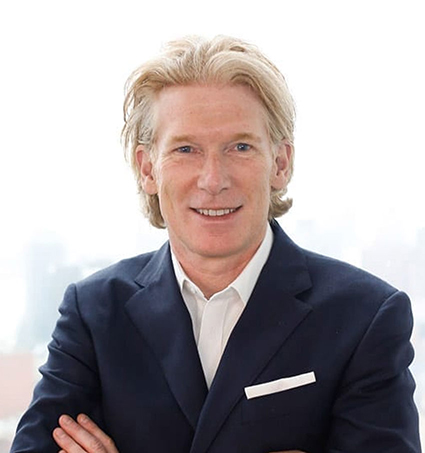 Kipp Nelson is a Partner and President of Long Arc Capital.

Prior to joining Long Arc, Kipp was a Partner at Goldman Sachs in London where he was the Co-Head of the European Derivatives Business.  He also worked in Hong Kong, where he co-headed the Fixed Income Division in Asia and co-managed Goldman’s Asia Distressed Debt Fund.  He began his finance career at The First National Bank of Chicago where he was a Vice President and was a Director of Credit Suisse First Boston in London.  Kipp was also a founding Partner in Flashlight Films, an investment fund which focuses on developing scripts and producing motion pictures and television series.  Most recently, Flashlight Films produced the critically acclaimed and commercially successful films, “Trial by Fire” and “Sully.”

Kipp is the Chairman of U.S. Ski & Snowboard, the National Governing Body (NGB) of snow sports in America.  In addition, he serves as Chairman of the Board of Concertiv, a procurement and spend management services platform and also serves on the Boards of Robertson Stephens, a wealth management business and Skaleet, a SaaS provider of a next-gen core banking system (all LAC portfolio companies).

Kipp graduated with a B.S. in Finance and an Economics minor from the University of Colorado where he competed on two NCAA Championships Ski Teams.